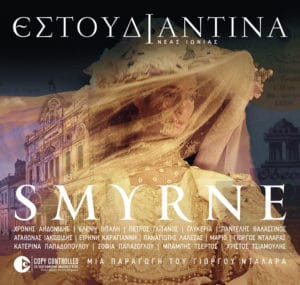 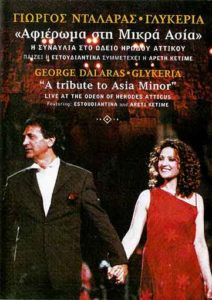 In June 2003, The Athens Festival presented Giorgos Dalara’s “Tribute to Asia Minor” at Herodion Ancient Theater. Directed by Panos Papadopoulos and participated by Glykeria, Areti Ketime, Andreas Katsigianni’s Estoudiantina group and the Volos Music School Children Choir, the performance achieved excellent reviews and was released in DVD version as well. A concert dedicated to Asia Minor with songs that originate from Istanbul and Smyrna emitting nostalgia, culture, remembrance, happiness and sorrow. A wondrous trip through the lives of those who inspired the dawning of Greek songs. An imaginary journey through the paths of Asia Minor.

The instrumental development was conducted by Kostas Ganoselis while the tracks’ instrumentation resulted from the co-operation of Giorgos Dalaras and Andreas Katsigiannis. The concert was sound-engineered by Evangelos Koulouris, edited by Themis Lemonidis and directed by Panos Papadopoulos and Giannis Marakis (FS Productions).

TEARS ON THE GLASS 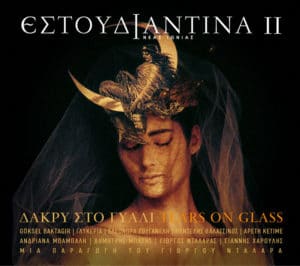 WHAT A GREAT DANCE – FEST 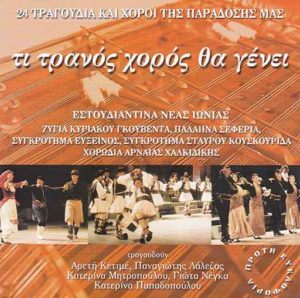 The album includes 24 traditional songs from continental Greece, Thessalia, Thrace, Propontis, Smyrna, the coastal areas of Asia Minor, the Dodecanese and the Peloponnese. 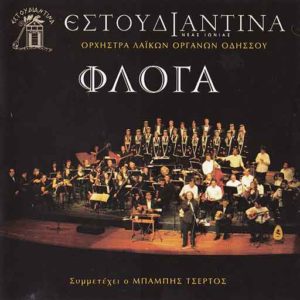 A live recorded production presenting the Concert of Estoudiantina with the Odessa Music Academy Folklore Orchestra and the “Ellada” Choir of the “Hellenic Foundation for Culture-Odessa”. The concert was conducted at the Volos Public Theatre on 28 of April 2004 and was released by D.E.M.KA of New Ionia in 2006.

Apart from the “Ellada” Choir of the “Hellenic Foundation for Culture-Odessa” and the participation of the soprano Vera Revenko, Babis Tsertos and Andreas Katsigiannis performed songs as well.

The conductors of the Odessa Folklore Orchestra were Alexandr Oleinik and Igor Tsernetsky.

This production was also released by Legend, titled “Floga”. 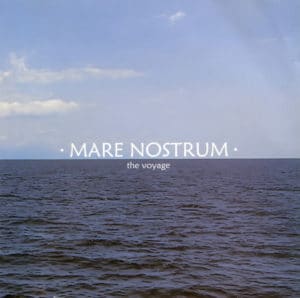 Estoudiantina’s album released on the occasion of the “Mediterranean Games 2013 Anthem”, composed by Andreas katsigiannis. The album includes music and songs deriving from the Mediterranean and the Balkans. 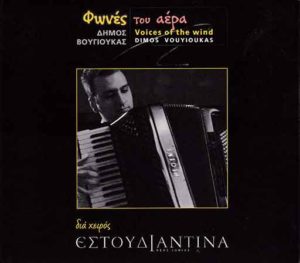 A double album including approximately 50 tracks all live-recorded from Giorgos Dalaras and Estoudiantina concert at the Odeon of Herodes Atticus in 2007. The concert was largely participated by eminent artists such as Stellios Vamvakaris, Christos Thivaios, Babis Tsertos, Zacharias Karounis, Chara Kefala, Nina Lotsari, Themis Tsermes, Aspasia Stratigou and Martha Fritzila.

TUNES & SONGS OF OUR OWN EAST 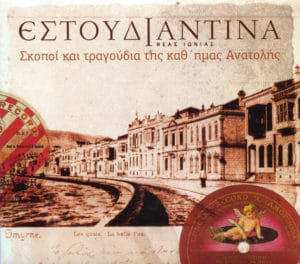 The album is a compilation of Estoudiantina’s several recordings (live concerts, rehearsals and TV productions). However, the final sonic product lacks identity and soul since the recording was conducted in an unprofessional manner. 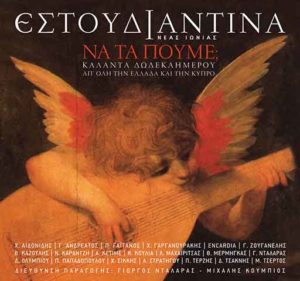 The “essence” of different sounds and customs throughout Greece, is vastly offered to the audience in this particular album. Estoudiantina and Andreas Katsigiannis succeed, once more, in keeping Greek traditional sounds alive up to nowadays. 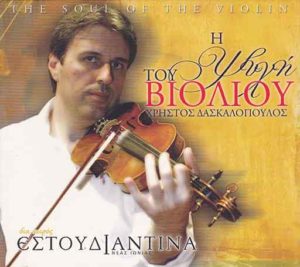 This is the second album of the Estoudiantina group titled “Δια χειρός”. 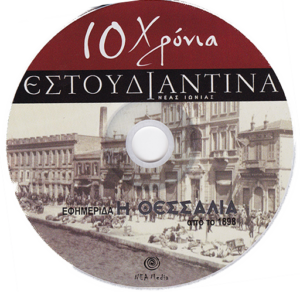 On the occasion of ten years since the Estoudiantina inception, this selection consists of instrumental tracks from both live appearances and official recordings of the group, released for the first time by “Thessalia”  newspaper. 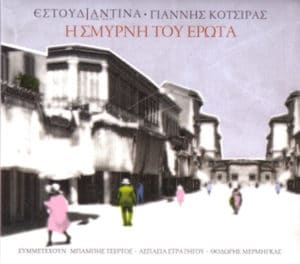 A collaboration between  Estoudiantina and Giannis Kotsiras along with the participation of Babis Tsertos, Aspasia Stratigou and Theodoros Mermigas.

On the occasion of 90 years since the Great Fire of Smyrna, Giannis Kotsiras and Estoudiantina produce the album “SMYRNA OF LOVE”.

The album approaches a modern version of Smyrna love songs performed by Giannis Kotsiras and Estoudiantina, paying great respect to their original composers.

The album “Saint Lazarus” includes carols dedicated to the Patron Saint Lazarus of Larnaca, one of Christ’s companions, as well as traditional carols from numerous parts of Greece.

The album’s release was integrated in the participation of Larnaca Municipality  to the 40 year celebration of the Metropolitan Chrysostomus of Kitio. The production manager is Giorgos Theofanous while the album was also released in Russia.

THE ROLE OF POETRY IN MUSIC & FOLK COMPOSERS 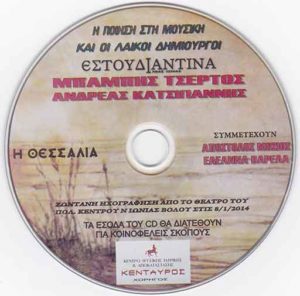 A live recorded concert of Estoudiantina with Babis Tsertos, Andreas Katsigiannis, Apostolos Mosios and Eleanna Varela, conducted at the Nea Ionia Culture Centre Theatre in Magnesia. The concert’s first part consists of poems music composed by Andreas Katsigiannis whereas the second part presents the output of several Greek composers in poetry music. An honourable mention to folk composers is also given in this production.

The concert’s album was released by “Thessalia” newspaper while all profits were offered to charities.

“Music is a major relief for Greek people. Through music they express their thoughts for tomorrow, their joy and their sorrow. Thus Greek music composers had always been inspired by people’s anxieties, elation and grief, since they comprehend the fact that it is only through people and societies that they can find their place in the world.” 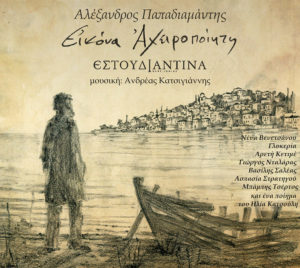 Music based on Alexandros Papadiamanti’s poems and couplets.

During all these years that I have been composing the music for theatrical plays based on Alexandros Papadiamanti’s several narratives, his work always left me with a feeling of “Achiropoiito”, meaning something not made by humans. Alexandros Papadiamantis had been enchanted by Greek traditional myths and legends. He is considered as one of the most distinguished narrators internationally.

The artists performing are: 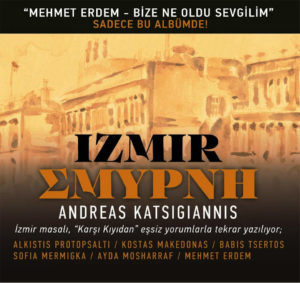 The new production signed by the eminent composer and Estoudiantina’s founder and director, Andreas Katsigiannis.

The album comprises instrumentals that carry away the audience as well as original songs written by Evanthia Magni, Kostas Makedonas and Stavros Stavrou.

The album is also participated by the performances of Kostas Makedonas, Babis Tsertos, Sofia Mermhga, Mehmet Erdem and Ayda Mosharraf.